Following the success of our 2014 twinning with New York’s Grand Central Terminal, we’ve now focused closer to home and are entering the 2020s newly twinned with France’s Bordeaux Saint-Jean.

Two historic structures that have each defined local skylines and helped shape their neighbourhoods and the cities they serve, St. Pancras International and Bordeaux Saint-Jean are uniquely individual but have much in common.

Conceived, designed and constructed during the Victorian era, St. Pancras International opened in 1868, and Bordeaux Saint-Jean 30 years on in 1898. Today both stations have been lovingly restored and refurbished, and offer much to see and do: shopping, dining, arts and culture – making them destinations in their own right. What could be more delightful than to arrive at Bordeaux Saint-Jean to a glass of the very best Bordeaux enjoyed from the Louis Armand Terrace, or at St. Pancras to a foaming pint and a cracking pie in one of the stations many pubs and bars? 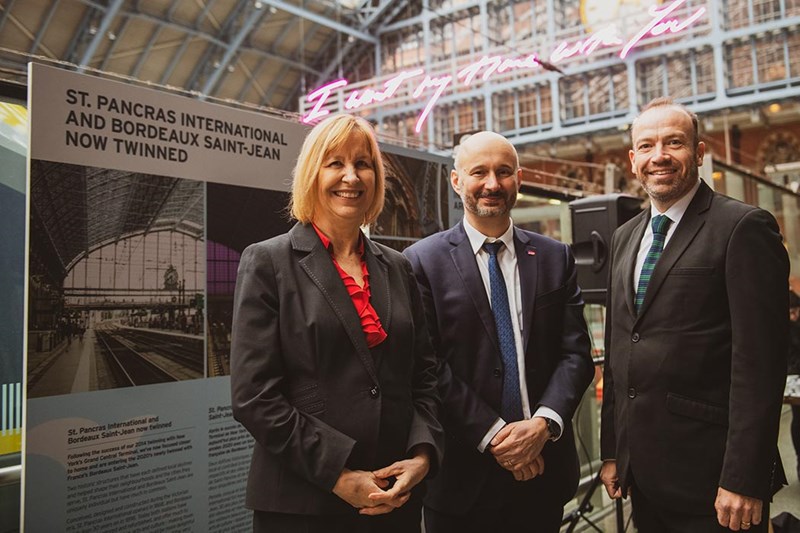 While St. Pancras International and Bordeaux Saint-Jean aren’t identical twins, they have distinct similarities. Both are designed with soaring single span iron and glass roofs and feature clocks. On the outside they differ - the exterior of St. Pancras International features a dramatic neo-Gothic Victorian facade, while Bordeaux Saint-Jean is designed in the uniquely French fusion of classical and industrial, the Haussmannien style.

Thanks to this new connection, the journey between the new twin stations can be done in under five hours. SNCF Réseau, Gares et Connections, Eurotunnel and LISEA and HS1 have been working together to lay the ground for a train operator to create a new direct service between the two stations – with the potential to boost visitor numbers on both sides, as well as dramatically reducing the environmental impact of the one-million journeys currently taken by air. 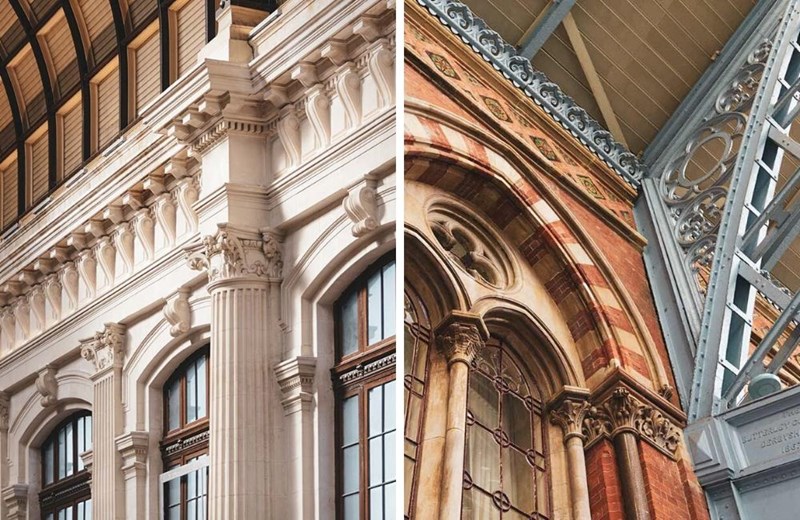 Beating hearts of their city

Bordeaux Saint-Jean and St. Pancras International were built in areas of historic economic deprivation. Bordeaux Saint-Jean is set in the former working-class Belcier district and its recent redevelopment and new highspeed connection has anchored an urban regeneration project on an industrial scale, transforming the district’s infrastructure, landscape and facilities into a dynamic new hub for the city.

St. Pancras International was created to transport passengers and goods, most notably Burton Beer, from the north of England. Stored beneath the station, the beer was shipped to pubs all over the city. Following a post-war economic slump, the station renovation and extension when it gained its international high-speed connection sparked a regeneration of the entire neighbourhood; beautifully restored and rejuvenated, the area is now home to cultural institutions, media companies, tech giants, shopping destinations and urban apartments.

The connection to their country’s favourite tipple is another historic link between the stations.  Bordeaux sits at the heart of one of France’s greatest wine producing regions.  Wine was transported by train from the region, although not from the station.  Nevertheless, Bordeaux Saint-Jean and its connection to Paris would have undoubtably been indispensable for the wine merchant accessing Paris and selling their fine wines to the world.

Wine is as integral to French culture and their national identity as beer is to the British, and the twinning of these two stations is a celebration of this kinship, too. 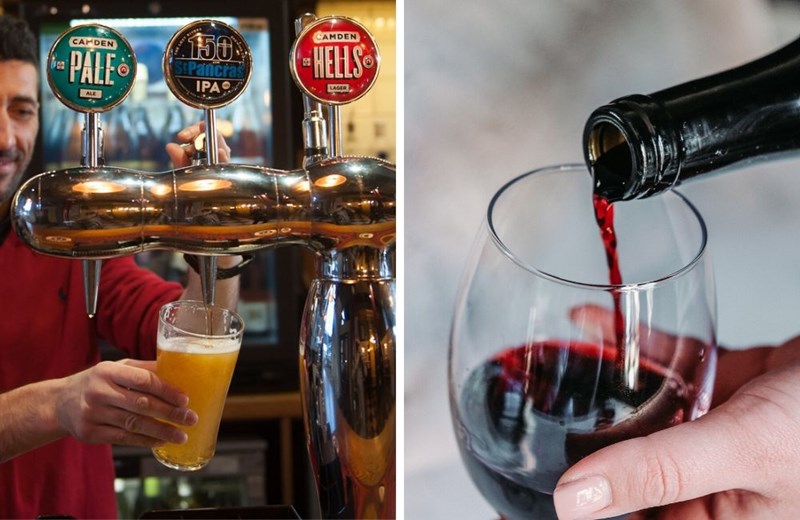