Local Kent politicians, business leaders, academics, community organisations and green groups came together to discuss new independent findings from research group Steer, which found that if the high-speed line in Kent reached its full potential, HS1 could remove an additional two million car trips from the roads of Kent and East Sussex.

Attendees discussed how businesses could work together to get more people using the high-speed line in the Kent region. Interesting ideas such as partnering with universities to offer students flexi tickets and football clubs to offer supporters a rail ticket with their game ticket were raised. 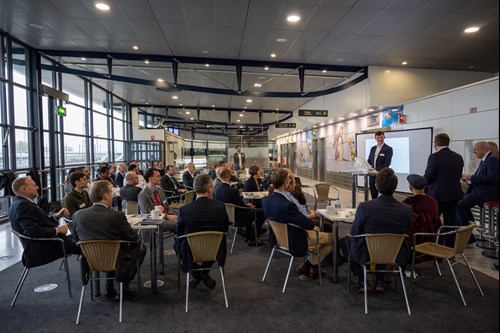 Speaking at the event, Dyan Crowther, HS1 Chief Executive, said: “The discussions at the Kent Rail ‘COP’ have proven we are all pulling in the same direction and the future of high-speed is on the right track.

“We know that in normal times the high-speed line removes 6,000 cars and lorries from roads every year and leads to £139 million in direct socioeconomic benefits for the region.

“And the exciting thing is we have capacity to get even more people travelling on the line, to secure even greater environmental and economic benefits for the region and wider country.”

HS1 Ltd, who pledged to become carbon neutral by 2030 two years ago, hosted a similar workshop at the World Climate Summit at COP26 last November, which included an international call for a modal shift of 4.9 million people to high-speed per year to prevent 450,000 tonnes of CO2 being released into the atmosphere.

Over the next few months, HS1 will be working with partners to make these ideas and a modal shift to high-speed rail a reality. Watch this space! 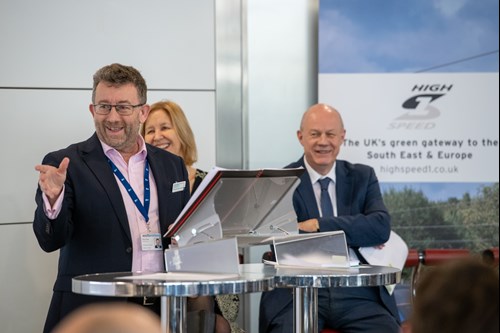